This covers the insured against losses suffers as a result of employees dishonest, misappropriations of funds and fraudulent conversion of the company’s fund. You will be require to give us the maximum amount of money you will entrust in the custody of your principal employees e.g. Accountants, Cashiers, Supervisors, etc.

For underwriting consideration, we require:
- Your limit anyone loss
- Aggregate limit (i.e limit anyone period of insurance)

B. Collective Policy: Could cover the entire staff of firm or a number of selected employees and against the name of each is set the amount of the guarantee. This type of pool revision owing staff changes.

C. Floating Policy: Could cover the entire staff of a firm or a number of selected employees. The name of each individual is shown on the schedule and each or all of them is guaranteed for one fixed amount. A claim is respect of one employee will reduce the guarantee until renewal unless extra premium is paid to reinstate the original sum (The reinstated sum in applicable to defaults subsequent to reinstatement)

D. Position Policy: Instead of showing individuals names the schedule show the positions that are guaranteed e.g. Chief Cashier.
This mean that change in the person holding the position does not affect the cover.
Note: This type of policy does not allow the Insurer to make any enquiries as to make any enquiries as to the standing of the holder of the position. The policy is only provided to organization where the background is vigorously vetted the employer.

E. Blanket Policy: This is usually for unnamed employees without designations. The policy takes on all employees following within the defined category and are not separated or identified according to names or designation

Provided that:
The company shall only be liable for any aforement act.

Forgery:
The crime of altering or falsifying false documents under the signature of another person for personal again.

Embezzlement:
This crime applies only to the misappropriation of goods or money entrusted to a person for a passing to the owner is that person’s employer.

Larceny
When a person carries away anything capable of being stolen with intent to permanently deprive the owner thereof.

Fraudulent Conversion
When a person who has lawful possession of goods or money if being a bailee or part owner misappropriates the goods or money for his own use.

FORMS TO BE COMPLETED FOR FG. INSURANCE
a. Employers Form
This can be likened to a proposal form because the employer completes it and it forms the basis of the contract between employer, the person guaranteed and the insurer. The object of the form is to disclose in the detail the extent of the supervision exercised over the person to be guaranteed and the system of check to minimize defaults. The form therefore provides detail of full extent of the duties of employee, which are required. it discloses the manner in which he is permitted to handle moneys either in cash or in cheques whether in paying in or out and the like.
b. The Applicants Form.
This is not a proposal form (even though it may resemble one) and is completed by the person to be guaranteed. in addition to the name, address and age of the applicant, it details the name, address trade of the employer, the position to be covered by the guarantee, the salary or other remunerations received and details of past guarantee, the salary or other remunerations received and details of past guarantee. Also details of the Applicants status (married/ single) and dependants whether the applicant is a bankrupt, the extent of private income and debts, his past employment and whether he is a householder and own his own furniture, detail of any life assurance have also to be provided.
The form asks for the names and address of the private persons who could prove reference. The applicant forms therefore makes searching enquires into the applicant background to enquire into the moral hazard.
c. Private Referrers Form
This is a form sent to applicant referees, which has been shown on the applicant forms. It has very little practical value because even the most dishonest applicant could get two friends to vouch for him.
d. Previous Employers Form.
This report of greater values and is sent to all the employer of the applicant for the previous five years. The object of the form is to ascertain the applicant honesty extent of duties with each employer, his characters and his reasons for leaving and whether previously guaranteed the result of these enquires allows the underwriter to reach a decision.
e. The Discovery Period
The object of imposing a time limit for the discovery of claims is to prevent the insurer being troubled with a number of old claims which would prove troublesome to investigate and effect any recovery. The system of check and audit should be such that long defalcation would be avoided.
The discovery period is limited to 3 months following death, resignation, retirement, or dismissal of the guaranteed person or the termination of the insurance whichever is earlier.

Note:
1. All defaulters must be committed during the currency of the policy.
2. Even though a policy may have been in force many years in the defalcation of being discovered, which an investigation proven to have continued on and off a long time the liability of the company is limited or restricted to defaults committed up to 12 calendar months before the discovery date.
3. Three only are allowed following death, resignation, retirement, and dismissal of the guaranteed person, loss of policy cover is terminated. 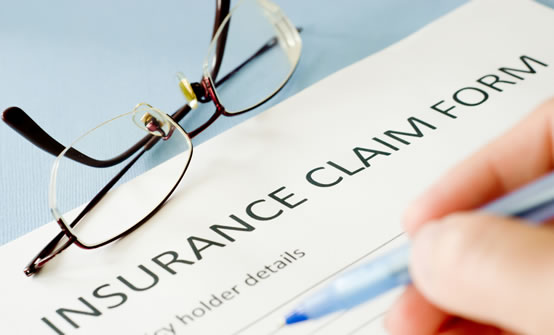 We think reporting an insurance claim should be as easy as ABC. You can notify us of your claim in a matter of minutes.
NOTIFY US
TOP